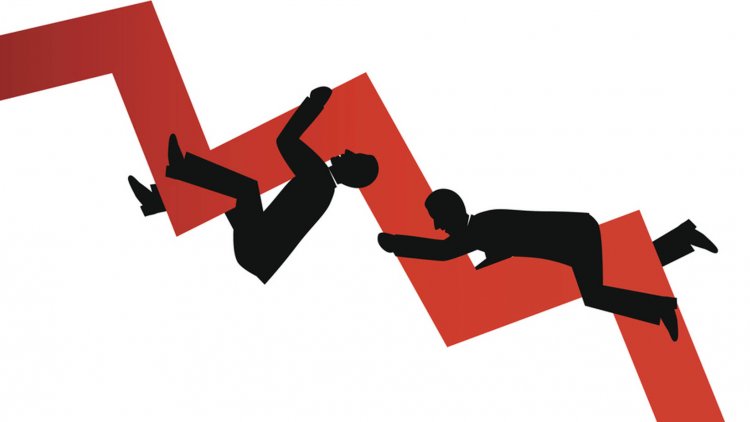 I’m not an economist, but I follow the stock market, politics and the economy as a hobby … and it looks inevitable we’re going to go into a recession (or worse) in coming years, for so many complicated reasons that are better explained by others in the media.

The big spending Republican corporate tax cuts were a terrible idea.  The cuts did little to nothing to lift stock prices, except keep them stable in 2018, which showed how fragile the economy was, contrary to popular opinion otherwise.

A giant corporate tax rate drop should have sent stocks up 10-15% in value, instead they had no impact .  And by year end 2018, the total stock market declined into the worst year in a decade, with S&P dropping -8% and NASDAQ down -4% not including inflation.

But that doesn’t tell the whole story: the big stock names like Apple, Amazon and Netflix were down like -35% which hit investors hard – that’s like a trillion dollars in losses.

The bull market has also been running so long with the printing of money by Federal Reserve, among so many other bizarre factors, least of not which is that “everything President Trump touches dies” as the infamous book says.

The Obama economy 2008-2016 was an amazing run with solid-to-amazing stock market returns after the last GOP/Bush recession in 2008.  A Hillary Clinton economy would have continued that Obama run under fiscally responsible Democrats.

But when you elect the GOP and you eventually get a recession – same old story.  Then we have to elect Democrats to fix it.  Repeat.

For @TomHanks found this for you keep on truckin’ #hanx #tomhanks
Good advice most anytime #inlineatgrocerystore #heb #newreality #partyofone #lonersmanifesto
Miles had to write today for homeschool — “My first day of home school. I hated it. It sucked. It bored my skull. I didn’t get to play any video games. I liked wrestling with my brother. I wish it was over. I’m almost done with my day.” - Miles Robison, age 8 #homeschoolblues #kids #milesandlukerobison
Old fold friend @dfli sent this old pic of me I think maybe NYC early 1990s #whenwewereyoung #nyc #nyutisch #newyork
My dinner tonight during the #apocalypse - Coppola and Texas’ Becker teamed up for red blend #apocalypsedrinknow #endtimes #enjoyyourlife #redwine #coppolavineyards #beckervineyards
It’s getting grim - shelves going bare here in #austin although there was plenty of beer and wine which is all I need #birdbox #trumpdemic #trumpcrash #pandemic #coronavoris #trumpvirus #hebgrocery #contagionmovie