As a new Voting Member of The Recording Academy, I decided to go for the first time and see what it as all about … and it’s been on my life long bucket list.

I brought along a musician friend, whom I thought could appreciate the experience. I had no shortage of friends offering to go with me, of course.  Of all the experiences I’ve had in recent years, nothing has got people’s attention quite like telling them you’re going to the Grammy Awards – it’s got hype!

The Recording Academy puts on an amazing production for the Grammy Awards with A+ level of attention to detail. It was glitzy. I was thoroughly impressed. Here’s how it all went down.

Getting Tickets
As an Academy member, I had access to purchase tickets. As far as I know, tickets are only available to members on a first-come first serve basis. The tickets can’t be resold or transferred to others but members can bring a guest.

The cheap seats cost $250 dollars while the floor/silver level tickets cost $1,500 and up, depending. There is also an Official After Party for additional dough. 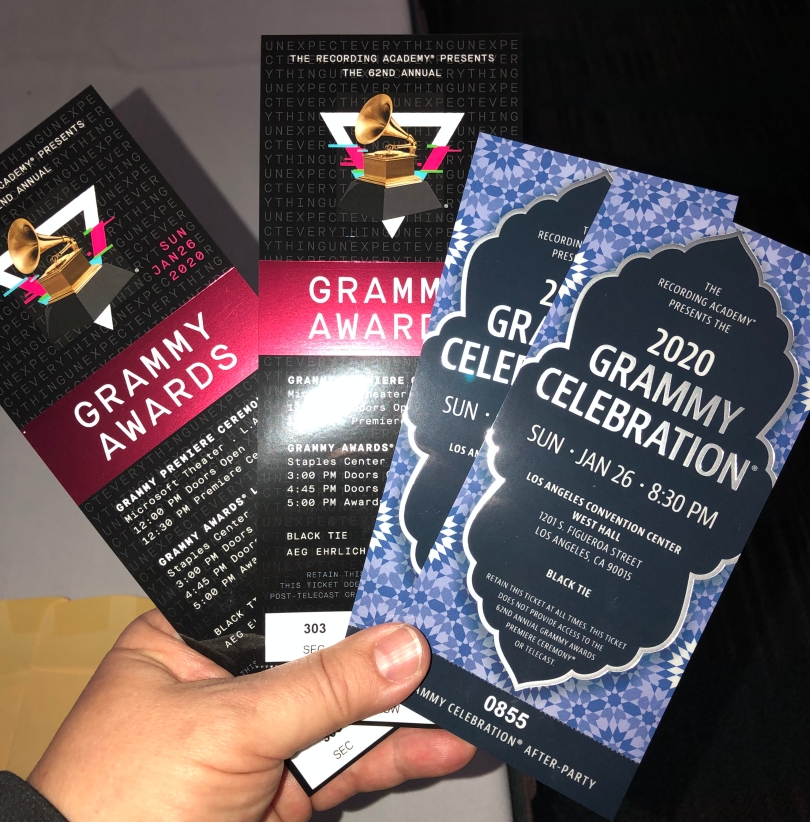 You Gotta Dress Up
As I live in Austin, Texas where my normal mode of dress is shorts and flip-flops, I haven’t dressed up on awhile, to say the least. The invite said “Black Tie” but what does that mean exactly? I have a sharp black suit but it’s not a tuxedo with bow tie. I opted to add a snazzy black vest, it looked pretty sharp. 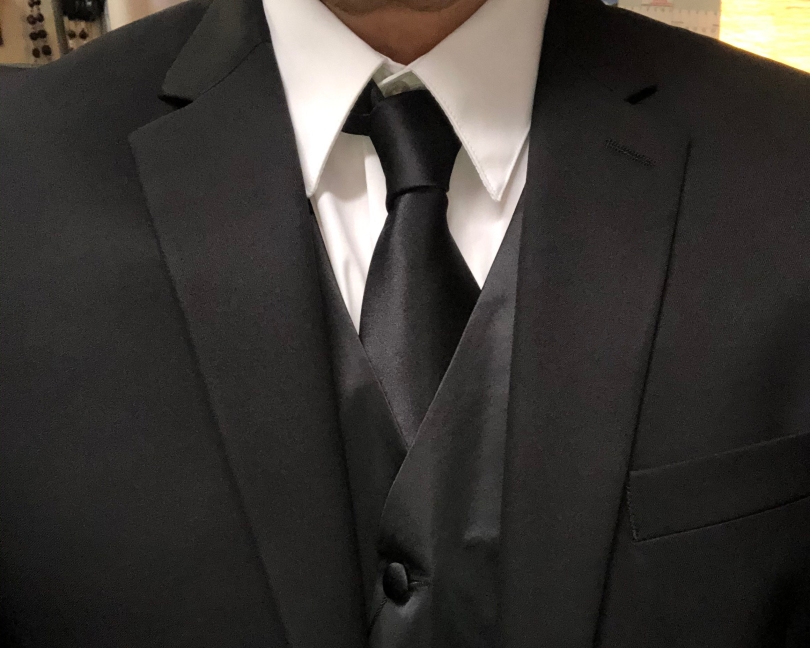 More Than What You See on TV
We quickly learned, there is far more to the Grammys than what is televised.

We woke up early and headed from out hotel in Glendale down to the Staples Center in downtown Los Angeles. By 11am, the area was already packed. Entire city blocks were roped off. It’s a big deal.

Starting at 12noon, the Recording Academy hosts the Premiere Ceremony, where Grammy Awards are handed out in categories like Classical, Christian, Blues, Instrumental, and dozens of others. It’s more like what you think the Grammys should be like – a celebration just focused on music itself.

The Premiere Ceremony also had live performances but without all the visual staging and dancers you see on the telecast. We saw amazing live performances by Chick Corea, Angelique Kidjo, I’m With Her, Nicola Benedetti and Yola. We sat next to TOOL for a bit. 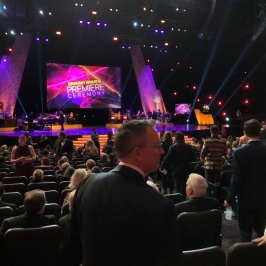 The Microsoft Theater was only about half full, unlike the packed 20,000 seat Staples Center across the street, which also made it feel more intimate.

Walking To The Staples Center
At 3pm, after we left the Premiere Ceremony, we walked over to the Staples Center, up the red carpet where the cattle call of press/celebrities are put on display.  As we were not a VIP/nominee/famous, we got sectioned off next to the red carpet lane with staff barking “Keep Moving!” at us (so you don’t gawk too long at the famous people). It was fun.

While access to celebrities is not prevented after the red tent, it’s also just very, very crowded. I did manage to run into some musicians I’ve long admired – Phil and Tim Hanseroth (Brandi Carlile).

Our seats were up in the rafters at the Staples Center – that’s the view. Being so high up felt a bit vertigo, but we had an unobstructed view of the stage.  We didn’t care.  The audio mix was incredible even way up high in the nose bleed section.

For the telecast portion, the passing of Kobe Bryant was certainly sad. Alicia Keys did a great job of managing the mood of the evening.

It was interesting seeing all the musicians stage sets being set in between commercials for the telecast. It’s a massive, large scale production. Even up the rafter seats, the live performances sounded great.

As for over-the-top performances, this was one of the craziest mash-ups of pop music – Lil Nas and BTS.  One for the history books there – not my cup of tea, but I admired the creativity.

Billie Eilish deserved all her Grammys. Her live solo acoustic performance was great.  For an eighteen year old, she came across as very adulting and modest.  We need more acceptance speeches, like this – simple and genuine.

While most of the artists who performed are not my normal playlists, there was one — Austin’s Gary Clarke Jr.  performed “This Land” which I thought was pretty cool.

We didn’t get to eat until the Official After Party.  Whatever.  We didn’t care.  Maybe I lost a couple pounds fasting for a whole day.

The Official After Party was Epic
An absolutely amazing party with acrobats and belly dancers, Mediterranean food in Moroccan themed tents. Free flowing drinks. Cheap Trick closed the night out.  After being starved the whole day/night, we bum rushed the food tables and wolfed down food, and just partied the night away. 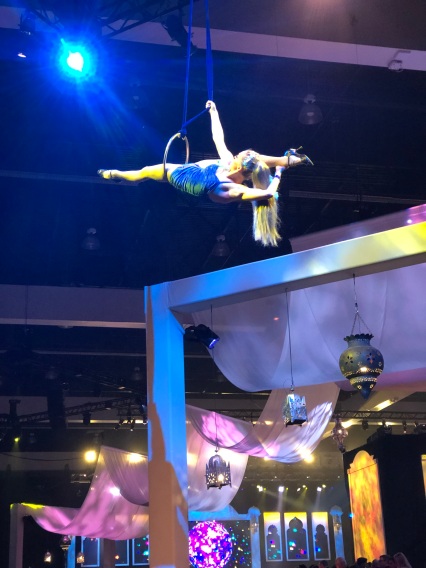 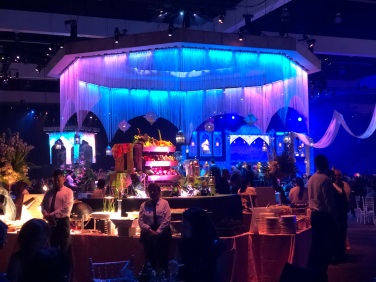 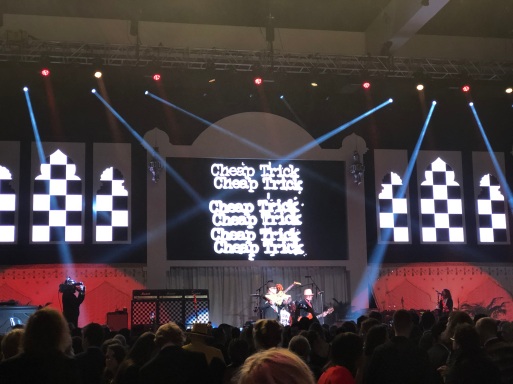 Flashback to my Iceland trip three years ago #gullfosswaterfall #iceland #goldencircleiceland
Recent night out with the beautiful + amazing @jenrmcfar in my old hood in north Austin. We’re sitting in same spot where Jimmy Buffet was inspired to write “Margaritaville” in 1977. Old Austin had that kinda slow time flip-flop slacker vibe, which I miss —
Freedom! I got Pfizer vaccine 💉 today. Easy and painless. #sciencerules #vaccineswork #QAnonIsBullshit #deathtocovid19
Birthday 🎂 Miles #10
Happy 10th Birthday 🥳 🎂 to Miles! Let’s hope this is the last trapped-in-house pandemic birthday for everybody!
Final road trip spring break road stop in New Mexico. On my bucket list since a kid. We got lucky getting inside with reservations - many did not due to covid. It was an impressive wonder of the world! 🦇