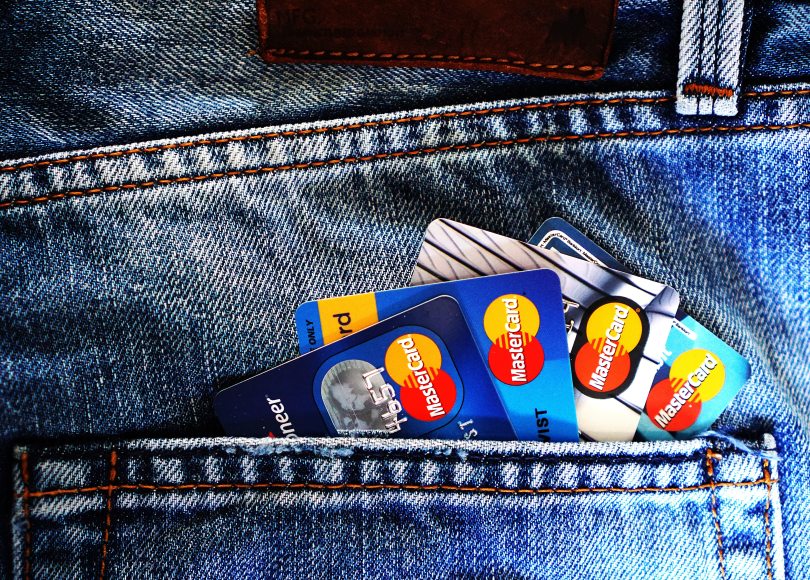 There are any number of other frequent flier orientated blog websites that get into detail on this topic far better than me.  They devote far more time to the accumulation of frequent flier miles more than I do.  Their knowledge is far beyond mine.

This is just my story as an occasional frequent flier.  There are some things I’ve learned which I had to learn the hard way after trial and error that some of these websites don’t discuss.

My goal here is to quickly walk through how I did it, on my terms and situation, and to show a few tricks from what I’ve learned some of these other websites don’t mention.

First, to get in the game, you need miles.  There are only a couple really effective ways to accrue significant frequent flier (FF) miles in a short period of time: either you fly often for work, in which case you’ll accrue miles simply by doing it, or you rack up miles on credit cards by spending real dollars (or by gaining bonus points upon sign-up).

In my experience, the most efficient way to accrue significant FF miles has been via the initial bonus miles offers on certain credit cards (anywhere from 50,000 to 75,000 points) earned by spending anywhere from $1,500 to $3,000 on certain credit cards after the initial sign-up.  These are very lucrative offers. I can’t recommend these incentives enough.   There is no other practical way to accrue so many miles by spending 1:1 dollar-to-dollar for miles.  Like who spends $50,000 dollars on a credit card?  Few, if any.

Chase Sapphire was the most effective for me.  I have three Chase Sapphire cards.  By spending the upfront required amounts (anywhere from $3k to $5k) I earned 50,000 bonus miles on each Chase card, bringing me 150,000 miles without flying a single flight.  I did all of this in about one year.  Used efficiently, 150k FF miles is enough for about seven (7) one way tickets from the USA to Europe on almost any airline (or two round-trip business class tickets from USA to Europe/anywhere).

After you spend the upfront minimum amount, there is no requirement you spend any more money – that’s it.  There is an annual fee, though, but you can cancel the card after you use/transfer the miles.  The miles are yours to keep – you can transfer Chase points at 1:1 (one-to-one) to almost any airline.

In the above examples, I earned 150,000 miles after spending about $10,000 dollars, which I normally would have spent using cash out of my checking account on household and other expenses.

I also try to spend as much as possible of my monthly household expenses on credit cards, and then paid it off monthly (that’s key to avoid interest charges). It takes discipline and it’s certainly not for everyone.

If you don’t have discipline, don’t do it – credit card debt is the worst and, arguably, that’s the real reason credit card companies try to lure you in with these games.  While there are also yearly fees (usually about $95 dollars) I consider it small in the overall scheme of the game.  Most of these high end cards like Chase Sapphire also offer tremendous benefits (like rental car insurance), too.  For me, it works, and benefits outweigh the costs.

All FF miles on Chase Sapphire are transferrable 1:1 to almost any airline – this is the key.  Not all credit card FF miles are the same.  Chase’s are the best, in my opinion.  To date, I’ve accrued about 400,000 FF miles, mostly on Chase, and via various other upfront reward programs.

Again, I earn very few miles from actually flying.  While I do receive some miles via other methods (retail incentives) I rarely earn miles of any significance by actually flying.  Like, I earn 150 miles a month on American Airlines on my electric bill from Bounce Electric here in Texas, which is nice, but at that rate, it’s not going to get me even a coach class ticket reward anytime soon.

You’ve got to earn the big upfront bonus rewards to feel like you’re in on the game and get a head start.

As for spending miles, I prefer to use them to get business class tickets, something that is otherwise unaffordable for almost everyone.  An average business class ticket from North America to Europe costs anywhere from $4,000 to $8,000 dollars (each way), which are crazy sums of money.

I was able to book a recent one way business class tickets on Air France and American (both from Europe to North America) for 57,500 miles plus about $200 in taxes/fees.  If you’ve never flown business class across the ocean, I highly recommend it at least once.  My first Air France business class experience from Houston to Paris was amazing experience.

What one finds in the course of using certain cards, is after you spend a certain amount of money, you get some offers/awards in the mail.  These offers are not advertised and only given out to certain card members.  In the case of my AA Citi Card, after spending a certain amount of money, I got a notice in the mail granting me free 120 day Platinum level membership on American and 17 free 500 miles upgrades (8,500 miles).  All I had to to was opt-in to the program – there was no cost.

Not all airlines are the same.  With Delta and United, in particular, I’ve noticed require significantly more miles for business class tickets in most instances – upwards of 100,000 miles, nearly double of American Airlines and Air France/Flying Blue.

I rarely use miles domestically as most tickets today are so cheap anyway.  I fly Southwest mostly and they have a different mile program.   To me cashing in 25,000 miles for a domestic ticket is a waste.  Save it for the long haul foreign flights.

I recently booked a business class ticket from London (LHR) to Austin (AUS) via Philadelphia, not the most ideal route, but I’m sure it would have been fine.  It was the only one available 60 days ago.  When I checked again last week, the more appealing LHR > Dallas (DFW) > Austin was available for the same 57,500 miles plus $250 in tax.  I switched out (no fee) and it was ok, but it just shows how airlines are constantly making/removing flights for frequent fliers. You just never know and all airlines are always tweaking their awards and availability.

Does this game take time?  Yes.  Is it worth it?  For me, yes.  I love flying and traveling and playing these games. I now get to fly in style for same cost, or less, than coach class, pretty much anywhere I want to go in the world.  The biggest problem I have now is finding the time to go and use up the miles!

My personal blog about stuff.

Luke #6 birthday party today @ Acrotex
End of an era. Miles said it was the “best Star Wars movie” - who am I to argue?! #starwarsIX #endofskywalkersaga #josephcampbell
Great Kubrick book for Xmas w/ behind scenes pics, notes and plate prints from all his movies #KubrickIsGod #stanleykubrick #theshining #fullmetaljacket #barrylyndon
Kids Xmas present 🎁 (rented for the day) 2019 Corvette Stingray thanks to Turo #milesandluke
Miles driving his first Ferrari #milesandluke
Ripley’s Believe It or Not! was an unexpected surprise 👍#milesandluke #dallas